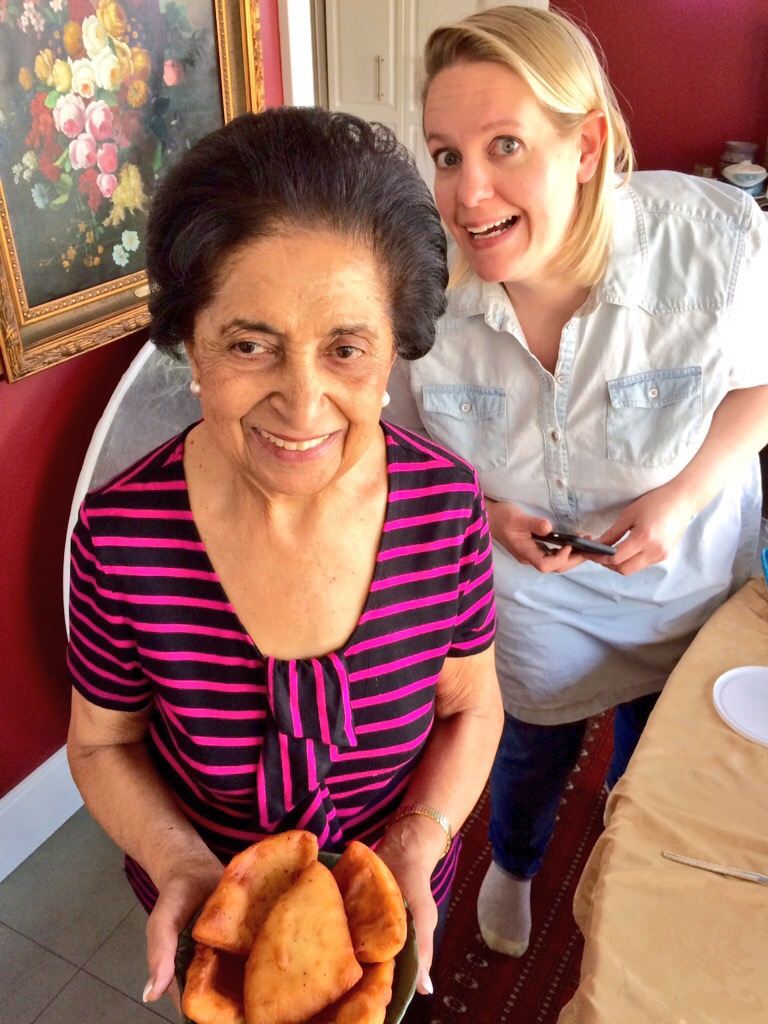 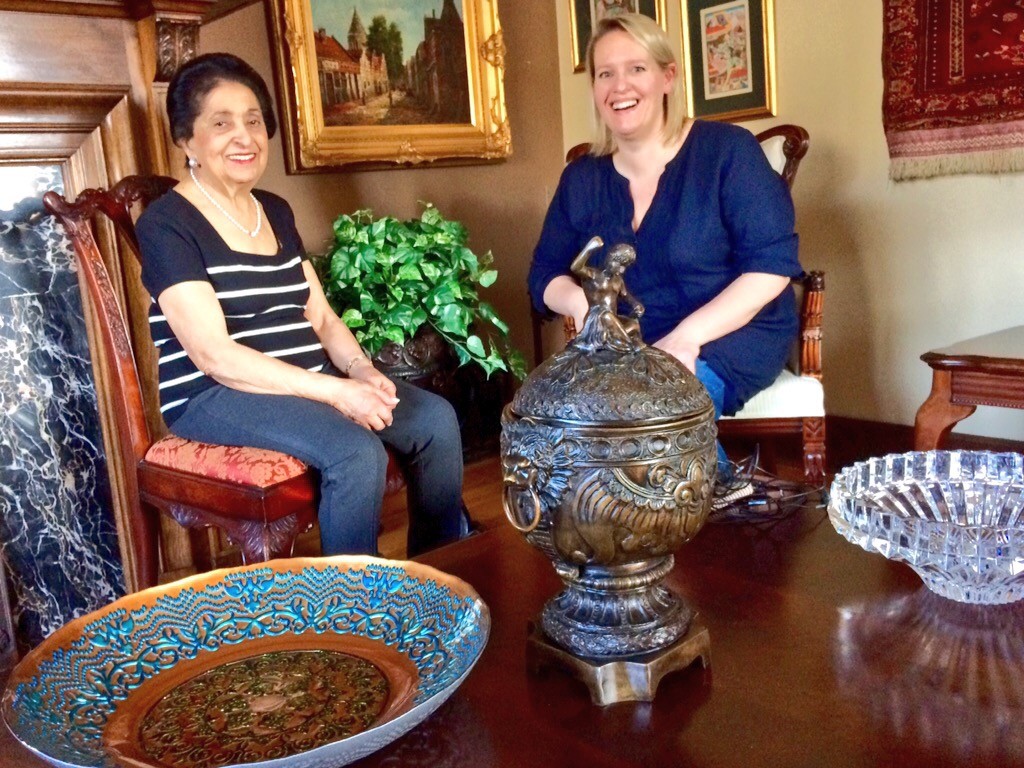 What a delight to have Julie Van Rosendaal interview Noorbanu as we began photography for the new A Spicy Touch cookbook project this past week. Van Rosendaal did not know much about the history of Ismaili culture and did not realize how distinct the cuisine is. Ismaili dishes have been formed over a long history of its people’s migration with roots in ancient Persia, the Moghul Empire in India and several generations in East Africa. Van Rosendaal found the history interesting but when she tasted the food, her well-trained palate was delighted by the fusion of flavours. She said, “how have I not known about this?”

Van Rosendaal wanted to share how Noorbanu came to be a cooking teacher and cookbook author with others and had the story Noorbanu Nimji spreads the joy of Ismaili cooking posted on the CBC website by Friday evening. She posted several photos of the food and also interviewed one of Noorbanu’s daughters Khadija Mangalji who was on the photo shoot as she had helped prepare several items for photography. 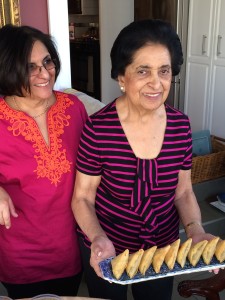 A cookbook is a multi-faceted project. We are happy to be working as a team to produce ours because “it takes a village” to bring one to .

One of my favourite articles about what’s involved was written by The Toronto Star’s Jennifer Bain. In The making of the Toronto Star Cookbook she chronicles the process in detail. After you read that article, you might wonder why anyone still wants to produce a cookbook.

Motivation is key. Noorbanu’s has always been her desire to mentor future generations so that they may continue to share and enjoy the delicious recipes and food that her people have developed over that last 1500 years. To see journalist Van Rosendaal’s reaction to how tasty the food is, was a true delight. Imagining others cooking the dishes in the new book and also having that experience is enough of a reason to write the new book but there is yet another reason.

In 2015, technology has changed, cookbook writing and instruction has improved and most importantly – photography is now able to capture the beauty of this food – if not the taste – so that readers will have the visual touchpoint that is so vital when they begin cooking food they are unfamiliar with.

We don’t have a deadline for the project at the moment. We will just keep working steadily to produce a beautiful book to celebrate Noorbanu’s legacy as great cook and teacher. We know that her longtime fans will be excited and we hope a lot more people will come to know and cherish these recipes just like Julie Van Rosendaal did this last week.